Ellora is a place I have wanted to go to for such a long time, since I was studying Asain art as an undergrad. I don’t know how to describe this experience and it can’t really be explained in pictures either, but here is a taste of the great beauty I experienced. My favorite spot is the Buddhist cave with the ribbed ceiling, and the stupa with Buddha carved into the front. There were very few people when I was there and I was able to sit quietly on the floor and breathe it in. A once in a lifetime experience – the enormity was overwhelming at times. These caves were built by hand from solid rock between the 6th and 9th centuries! 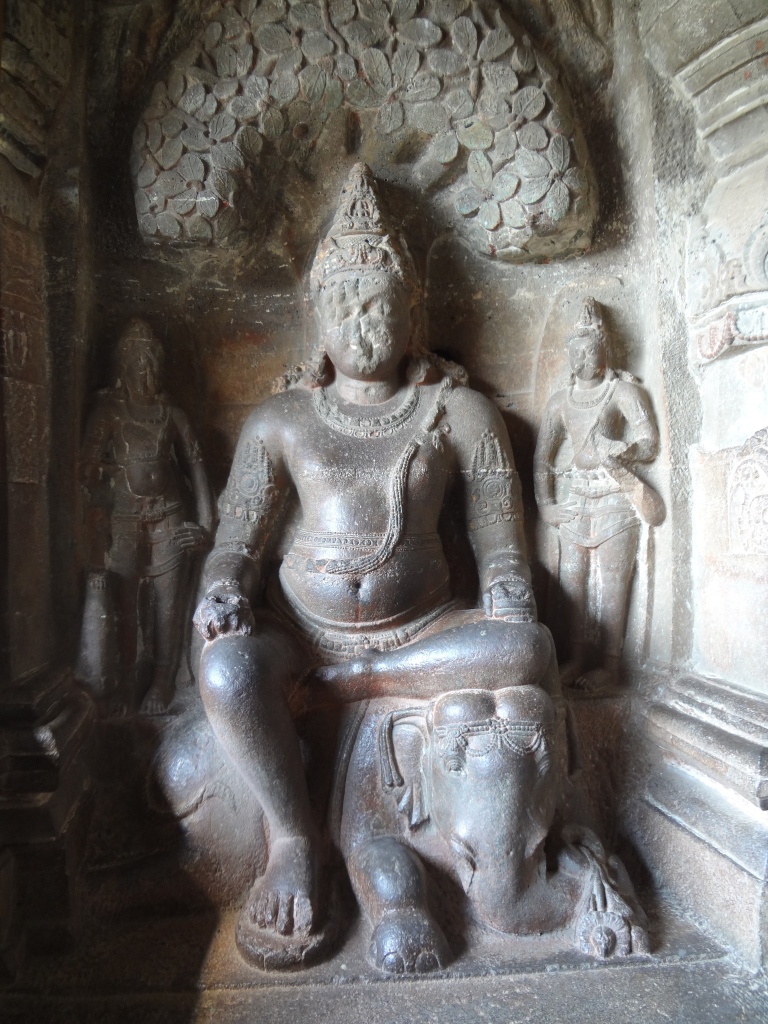 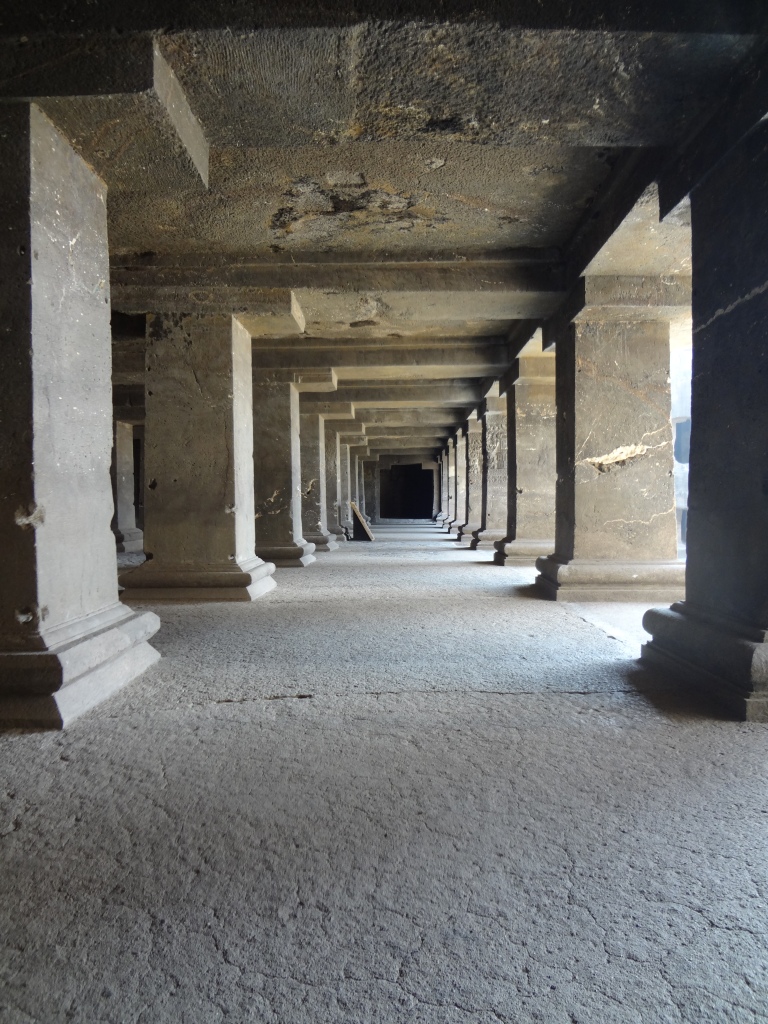 Perfectly aligned posts carved from a solid mountain. This cave lacks decoration because it is for meditation. Only the two columns flanking the entrance (halfway down on the right) have carved pots with overflowing plants as a welcome.

Buddhist cave for worshipping the Buddha. 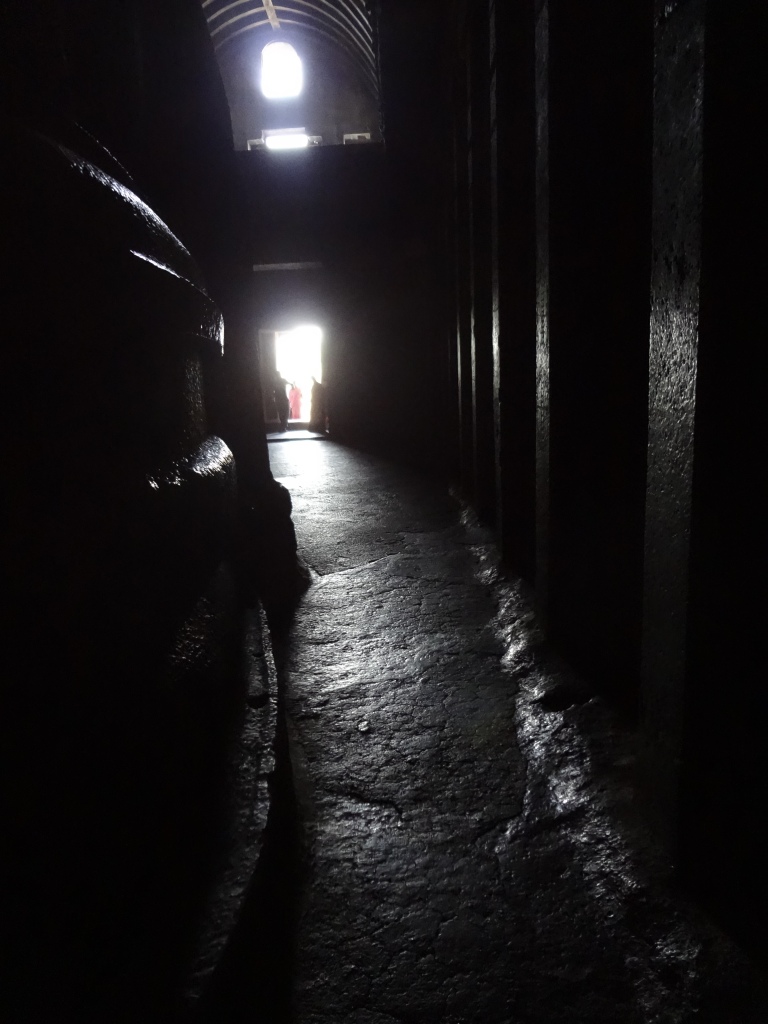 Looking out from behind the stupa

The largest Hindu Temple in Ellora. Carved from solid mountain from the top.

This temple is for worshipping the god Shiva. It is built in the shape of a carriage, but instead of wheels it is carried on the backs of elephants and other animals.

The Hindu temple from behind